Jen is a co-Founding Director of JustRight Scotland, a human rights legal charity, responsible for its development as well as overseeing our policy, research and strategic comms and campaigning work. She is an experienced human rights lawyer, qualified to practice in Scotland, England and Wales, and New York State. She is a legal expert on asylum, human rights and children’s rights, and on the rights of survivors of torture.  Jen is also a lecturer in law with the Open University in Scotland, and an enthusiastic advocate of widening access to education for all.  She enjoys walking in remote parts of Scotland, in the mountains or along the coasts.

Jacqui is the Director of the Global Exchange on Migration and Diversity at the University of Oxford where she manages a wide portfolio of knowledge exchange and research projects on migration. Jacqui’s own work focusses on local government and migration, integration and inclusion.  Prior to this, Jacqui managed the Refugee and Migrant Team at Islington Council, providing social services support to families and vulnerable adults with No Recourse to Public Funds. In 2016, she received a Winston Churchill Memorial Trust Fellowship to travel to cities in the United States and Italy to understand how cities can better integrate migrants. It is this experience, alongside her role in delivering the council’s contribution to the Syrian Vulnerable Person’s Resettlement Scheme that have informed her commitment to the vision of Justice Together Initiative.

Alison Pickup is the Legal Director of the Public Law Project, a national legal charity which seeks to promote access to public law remedies for disadvantaged people. Alison is a barrister and before joining PLP, Alison was in independent practice at Doughty Street Chambers in London. She is a member of the Expert Panel of the Strategic Legal Fund for Vulnerable Young Migrants and a committee member of the Administrative Law Bar Association. She represents ALBA on the Bar Council and is a member of the Bar Council’s Remuneration Committee.

During her career Paddy Sloan has worked as a funder in the independent sector, with government and with a local council, supporting anti-poverty work, urban regeneration and community development. She also spent 8 years as Chief Executive with the Northern Ireland Human Rights Commission, following its establishment in 1999.

Previously National Head of BBC Children in Need in Northern Ireland and interim Director of Grants and Policy across the UK, Paddy is currently Project Director with A Million & Me, a proactive impact theme focusing on children’s mental health. Formerly Deputy Chief Commissioner of the Charity Commission NI she has also served as a co-opted member of the Joseph Rowntree Charitable Trust Ireland Committee, as an external member of the Wellcome Trust Public Engagement Large Awards Committee and is a member of the Northern Ireland Advisory Group of the St. Stephens Green Trust pilot programme on community-based peacebuilding in Northern Ireland. 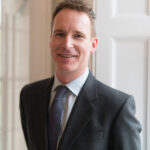 Matthew joined TLEF in October 2013 as its first chief executive.

He has had longstanding involvement in the role of law as a tool for social justice, both through grantmaking and work in delivery charities. Matthew has worked in the foundation sector since 2004 when he joined the Baring Foundation as deputy director.

Previously, he was director of community work at Community Links in east London, where he continued as an advisor from 2004-2012; and, from 2007-2009, was seconded to the Prime Minister’s Council on Social Action. He is the author of publications on legal advice, social action, public services, the voluntary sector and grant-making.

In September 2013, Matthew was appointed to the Civil Justice Council. He is the vice-chair of governors at a primary school local to his home in Hackney.